On the way home from work I was having a conversation with my best friend from…well forever. We were discussing the differences in how we are raising our children, versus how we were raised. And how I am mothering my children…versus how his wife is mothering their children.
My philosophy on parenting is as follows: at the end of the day if my children are fed, not in juvenile detention, no one is in the hospital, no broken bones, I haven’t had to make a trip to the school administration. All is well in my world.🐶
His wife’s mothering philosophy flies way more into the helicopter variety than mine. She hovers over everything that they do, believing that no one can parent them as well as she can. If you were ever to be so foolish, crazy or brazen as to question her parenting tactics. You would regret it. She is the Queen Bee!!!🐝🐝. It makes me both worry and wonder as to how her children will function when she is not there to hover over every little thing they do.🚁
Which moves me on to my next topic, I live here in New England. It is known for snow, cold, ice, freezing rain, sleet. In short generally crappy winter weather. Somewhere in the last 15 years we have become an area of “snow weanies”  in Southern New England though. In the last month we have had 4 snow days for “angel dust”  of snow…what we natives call less than 2″  of the pretty white stuff, below zero temperatures. Hello I did mention it is New England right?  Wintery Mix, better known as the aforementioned crap weather rolled into 1. And a day called where the forecasted “ice”  turned into rain.
I remember days in the ’70’s bundled up the Michelin Man walking to the bus stop, the bus had chains on it, and off we went. So it was cold, you don’t stand at the bus stop forever, and you dress your children appropriately.
Helicopter parents have turned into Helucoper Administrators, our sue happy society has trickled down and someone needs to erect a dam, and do it quick!!!! 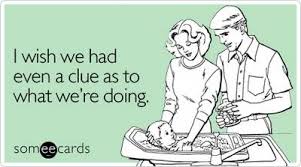